Frost advisories have been issued for most inland areas of the Florida Panhandle and Northeast Florida Wednesday morning, where overnight temperatures will dip into the lower and middle 30s under clear skies and light winds.

Gusty winds and widespread rain are anticipated over much of the state Friday into Saturday. Coastal flooding is also likely along a portion of the Atlantic coast.

An unusually deep dip in the jet stream is traversing the Gulf of Mexico and it has helped to spawn an area of low pressure that will move over the peninsula Friday night and then into the Atlantic waters on Saturday. The storm will move farther away on Sunday, but lingering clouds, cool temperatures, and a gusty breeze will be left in its wake. 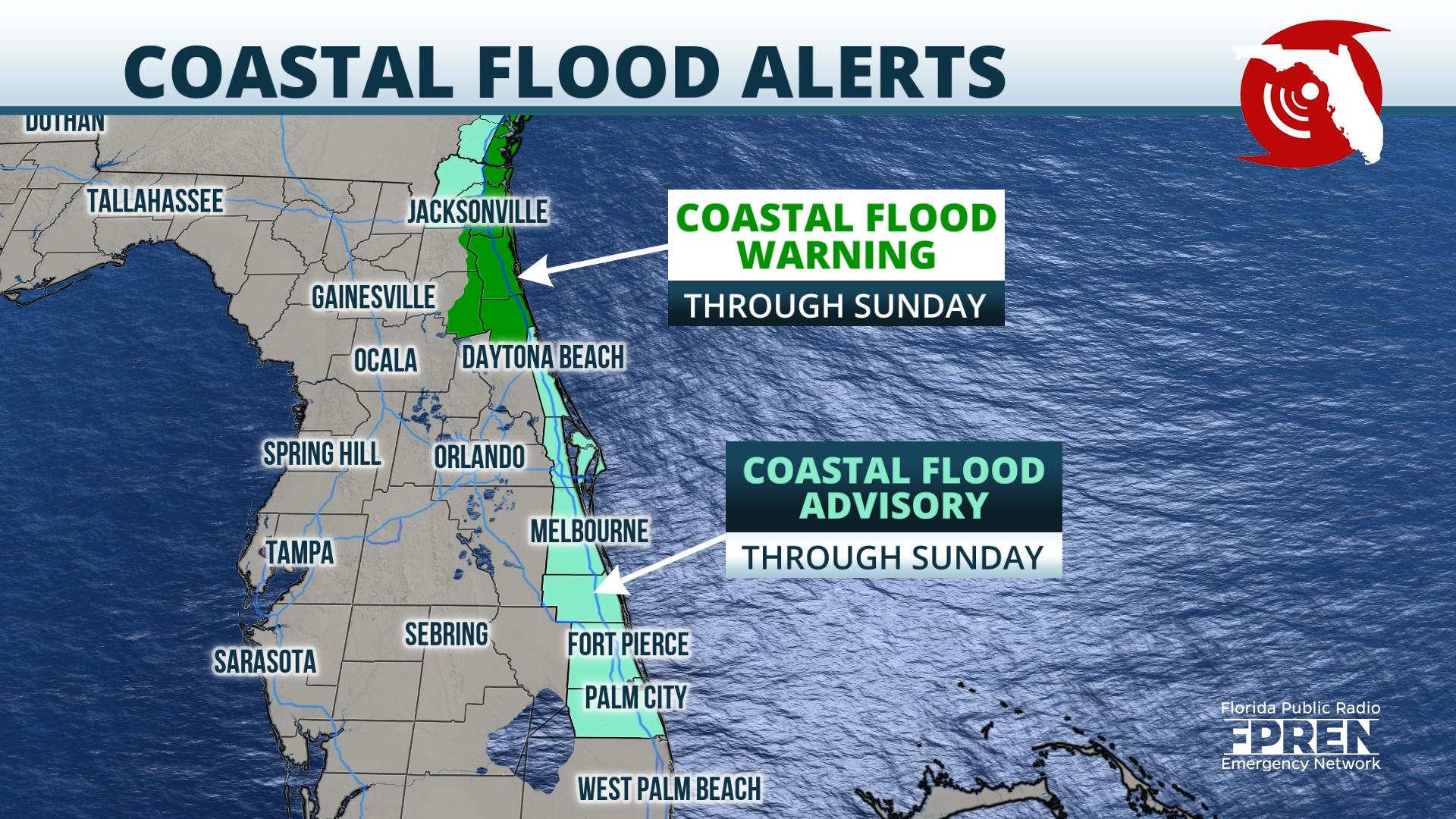 Coastal Flood Warnings were in effect for the First Coast, where moderate to major coastal flooding and beach erosion is likely. The National Weather Service said parts of downtown Jacksonville and the southern tier of the St. Johns River south of State Highway 16 are most prone to flooding. High tides occur Saturday and Sunday mornings, which is when the coastal flooding may be at its worst. The Intracoastal Waterway is also expected to experience some flooding. Coastal Flood Advisories continued for the Space and Treasure coast, where minor to locally moderate coastal flooding near the time of high tide is also possible through the weekend.

Heavy rain has prompted Flood Watches for Northeast Florida southward to the Space Coast area, where 3 to 6 inches of rain are expected Friday into Saturday. These rainfall totals may lead to flooding of some creeks, streams, and other low-lying and flood-prone areas. The rest of the peninsula, Big Bend, and eastern Panhandle may see 1 to 3 inches of rain, which could result in spotty areas of flooding. 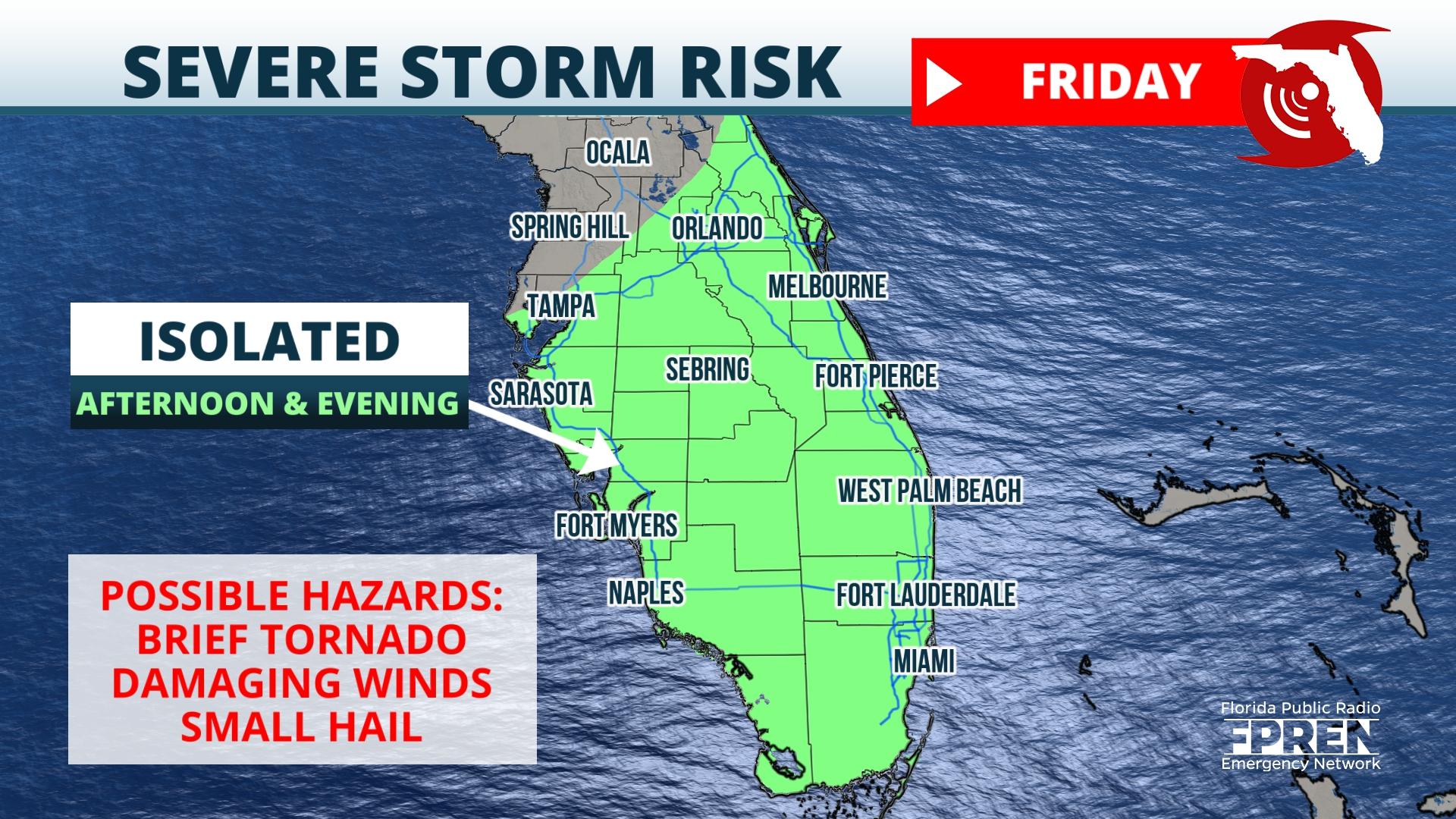 Just enough warm and unstable air, mainly from the I-4 corridor and southward, could result in a few stronger storms Friday afternoon and evening. There is a low risk of tornadoes in these areas. The Weather Service issued several Severe Thunderstorm Warnings early Friday in South Florida for locally strong winds.

Cool mornings are anticipated through early next week, but more sunshine should boost temperatures into the 70s over a large portion of the state Sunday or Monday.