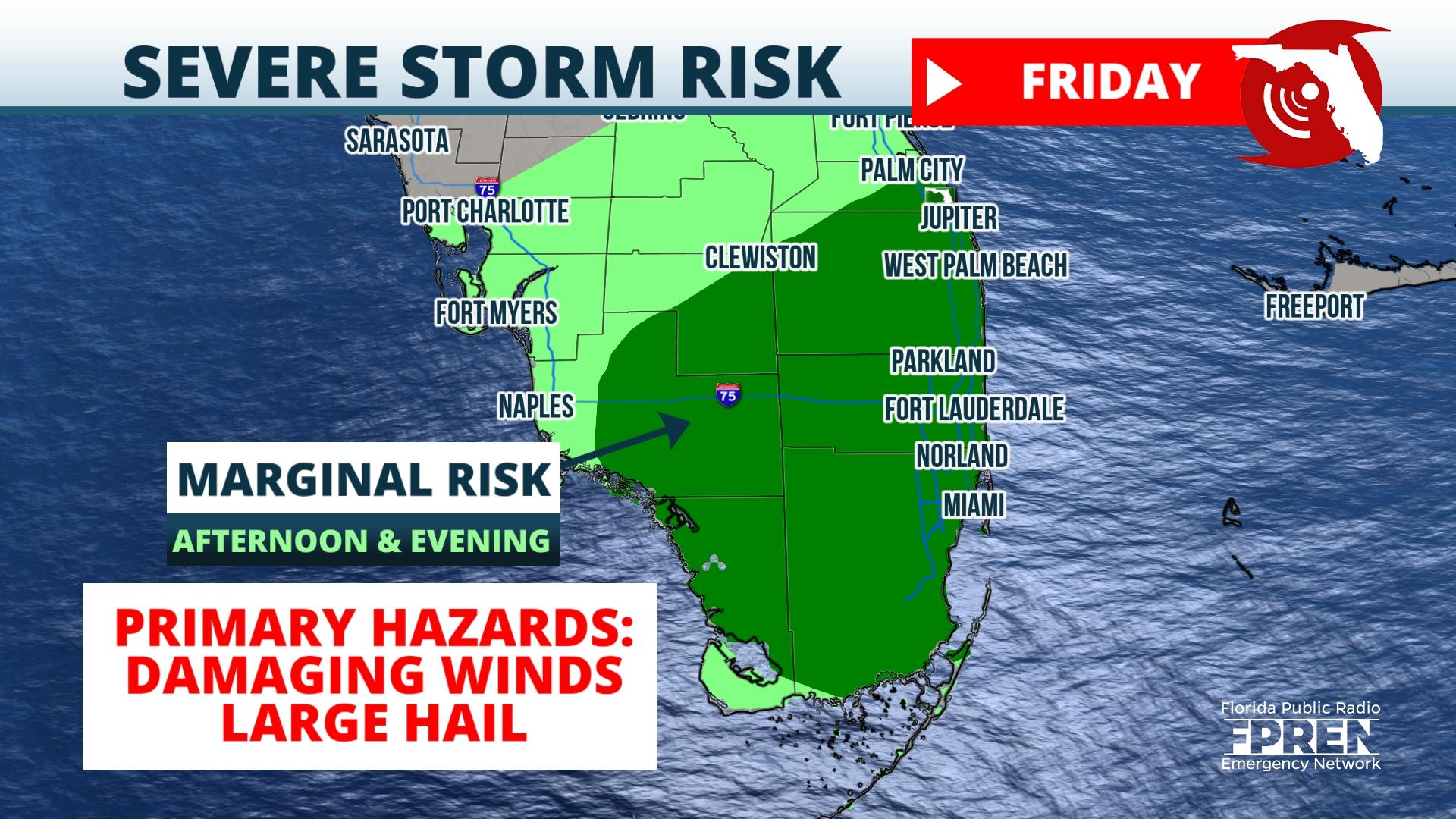 ,A few strong thunderstorms capable of damaging winds and hail are possible over South Florida on Friday afternoon and evening.

On Thursday afternoon a cold front was draped over the Central Gulf Coast and Southeast, triggering widespread cloud cover and rain showers over those regions. Meanwhile, in the mid levels of the atmosphere a broad trough of low pressure spanned the entire U.S. Plains, while several shortwaves were located over the Gulf of Mexico. These features are all expected to migrate toward South Florida overnight Thursday into Friday: The energy and lift associated with them could become strong enough to spawn strong thunderstorms over the region Friday afternoon.

Model guidance suggest that thunderstorms will likely manifest in the form of clustered cells as opposed to a squall line. The storms initially could produce an isolated tornado or two, but the environment will be more favorable for damaging winds gusts or large hail. In addition, ample moisture from the Gulf of Mexico could fuel periods of heavy rain, which could lead to localized flash flooding.

The risk for a few thunderstorms will linger into Saturday. After that, a much cooler airmass should arrive to the region. By Sunday afternoon, temperatures will likely remain in the upper 60s and lower 70s.

NHC: No new tropical development expected in the Tropical Atlantic Basin over the next five days.