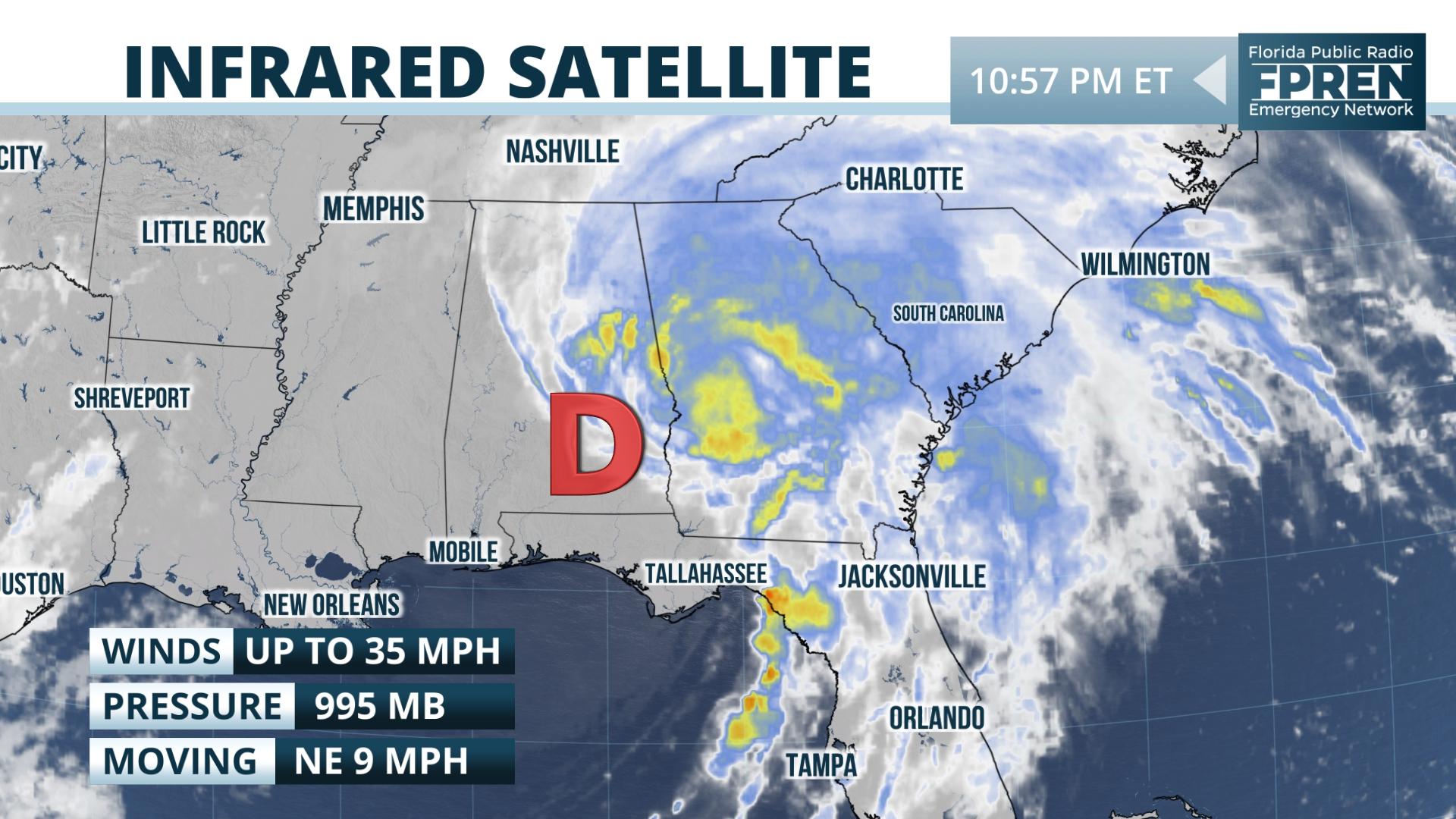 #Sally is now a tropical depression with maximum sustained wind speed of 35 mph. Widespread heavy rainfall expected to continue over much of the Southeast overnight. #flwx

Flash flooding and a few tornadoes remain possible through Wednesday night across portions of the Florida Panhandle and North Florida.

Thunderstorm cells embedded in the outer rain bands of Hurricane #Sally may rotate and produce a tornado, and repeating nature of the cells within the band could lead to flash flooding.

A Tornado Watch has been issued all areas of the Florida Panhandle from Tallahassee to Crestview through 6 pm CDT Wednesday, but it could be expanded to areas farther east later in the afternoon or evening.

A Flash Flood Watch continues for the entire Florida Panhandle through Thursday morning, and as of midday Wednesday, nearly every county was also under a Flash Flood Warning with various expiration times in the afternoon hours.

The warning means flooding has been reported or was imminent. As of 12:15 pm CDT, there had been more than 50 reports of flooding, most of which have occurred along the Emerald Coast from Pensacola to Panama City Beach. However, nearly a dozen of the reports were from inland areas along and south of the I-10 corridor.

A Flash Flood Emergency was even issued for the greater Pensacola metro area where the National Weather Service said catastrophic damage was happening or will happen soon.

Updates on the damage and recovery efforts in Pensacola are available from our partner station WUWF 88.1 FM. Both the tornado and flash flood risks are expected to diminish across the state by early Thursday morning, as the remnants of Hurricane Sally move farther north and east into Georgia and South Carolina.